As our regulars will know when we do reviews, they are fully hands on and totally unbiased. These include tear down reel reviews, from Des Westmore in particular, which mainly cover multiplier versions.

I recently made contact with an angler, Alan Hawk, who has been involved in reel reviews since 1999 and working on the principal that there is no need to re-invent the wheel I thought it was worth directing you to Alan’s excellent fixed spool reel reviews.

He covers mainly the high end of the market as he specialises in speed jigging from the boat where quality gearing and drag systems are necessary. He not only reviews the reels after use but also conducts in depth strip downs and details any positive or negative points found. It is obvious that he has extensive knowledge of these types of reels but explains things in an easy to understand manner.

Like ourselves, having no allegiance to any manufacturer he is open and honest with his opinions and does hold back with either his criticism or praise where it’s due. His writing and pictures also make it very clear that it is not always a good idea to believe everything that the manufacturers or distributors tell you.

This is a short extract from one of his more critical reviews, which should serve as a warning regarding “official” releases –

“Today’s review is of the Canyon DJR-6500 spinning reel. I spoke about it briefly at the beginning of the year and promised a full review later on, but I needed to do the Van Staal bailed review first, and now here it is. 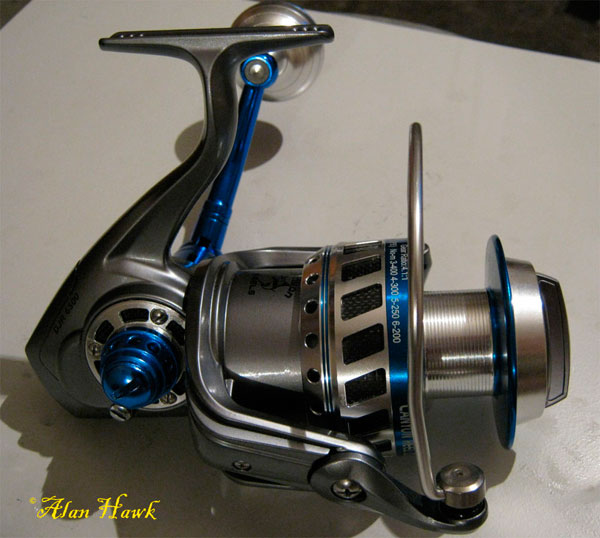 The reel was released in January 2012 and hailed as being a $300 reel that is equal to or better than Stella and Saltiga reels. Here is a quote from the site of one of their distributors: 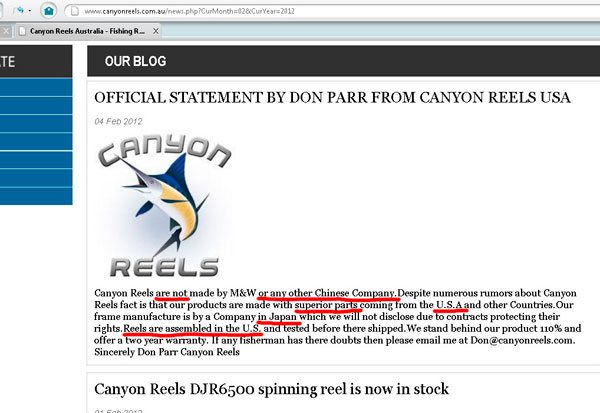 Great news! Who wouldn’t want a reel that’s better than the Japanese super spinners at one third of the price? But we’ll leave this for now and go straight to politics.

Canyon claimed that the reel is assembled in New Jersey, USA, from superior Japanese and American made parts. I immediately recognised the reel as being a Chinese shelf reel that you can order in bulk and have your name printed on it for $80 a reel, and I posted a note about it after receiving many enquires, but Canyon were quick to post this on their site.

That’s cute indeed, except that it’s all lies. You have probably seen the photos I posted of this reel being sold under other names such as M&W Ocean Wolf, Trabucco Exceed, and Bulldog Razor.

I could have bought one of those reels and compared it to the Canyon, but I decided to go a step further. 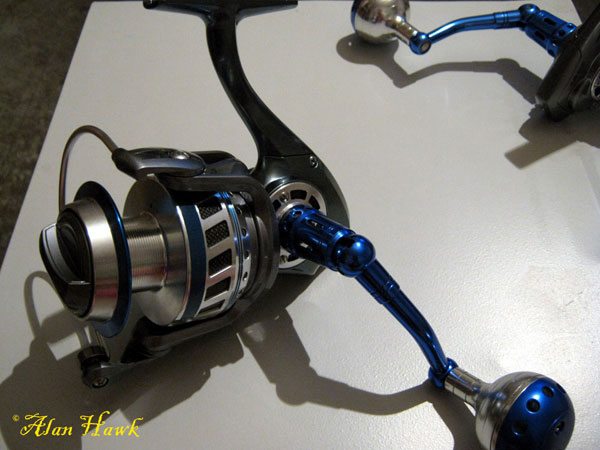 There you go. This is the original OEM reel direct from China in its raw state with no branding of any kind on it. Cost me $80 plus shipping. I bet no one expected that I could get one of these, but through my network of contacts in the industry I got it just to make sure there will be no more rubbish claims. 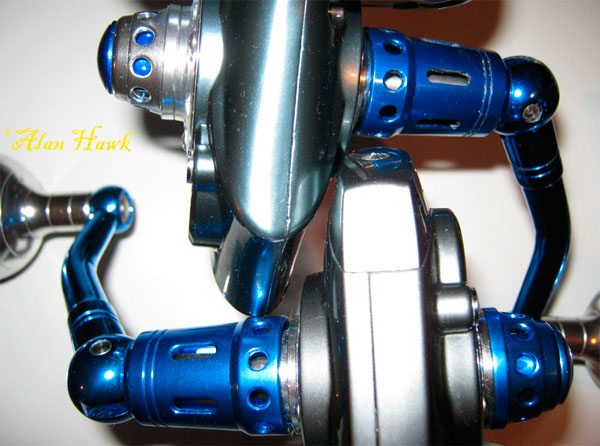 You might have noticed the slight difference between the Canyon and the OEM reel at the heel of the reel’s housing. The Canyon has a plastic guard there, while the OEM has a one piece housing with an angular heel. Here are the two reels side by side. The OEM reel on top and Canyon on the bottom.”

Alan goes on to totally strip both reels to compare the parts and totally de-bunk Canyon’s statements. You can read the full article and Alan’s other in-depth reviews on his website, a site that I would definitely recommend you visiting before splashing out on any big fixed spool reel.

His site is well worth a regular visit if only to check out the news page where he updates any information on the manufactured specs of the reels.