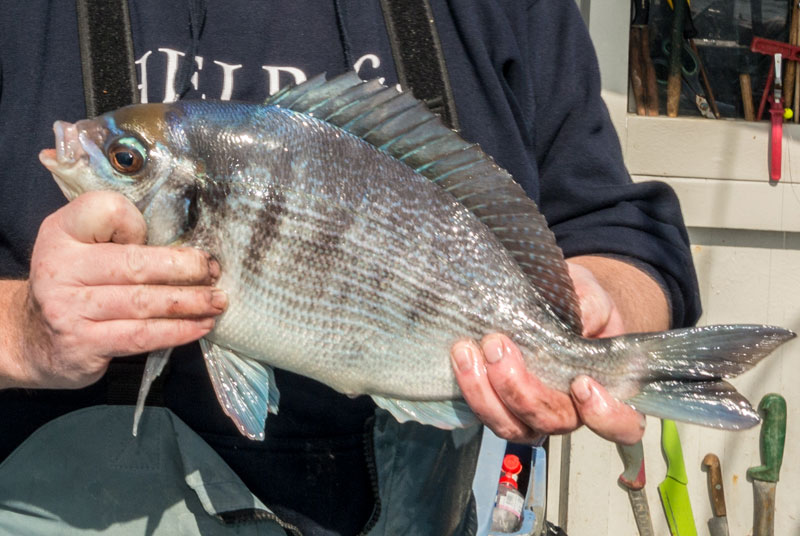 The black bream is a deep bodied, fully scaled species with a relatively small head and spiny single dorsal fin. The back of bream is darkish blue-grey merging into silvery-grey on the sides. There are six to seven faint vertical bars on the sides when the fish is fresh. Young fish may have golden horizontal bars on the sides. Occasionally the larger fish will have a blue tinge around the eyes.

Black bream will grow to a length of 50 cm and may attain a weight of 3 kg.

This bream can be commonly found from the southern end of the UK down to the Mediterranean and will range further north to the Scottish border in the summer months. It likes mixed rough and clean ground, will frequent mussel beds and may be found on wrecks. It will generally be found in depths shallower than 50 metres.

Feeds mainly on squid and small crustaceans but small fish and seaweed also feature in their diet.

Squid is an effective bait for black bream either as whole small “party” squid, squid heads or simply in strip form. Ragworm, scallop frills and small fish strips will also attract this species of bream and bread is successfully used from the shore in the Channel Islands. Ground baiting can be used to attract the shoals. 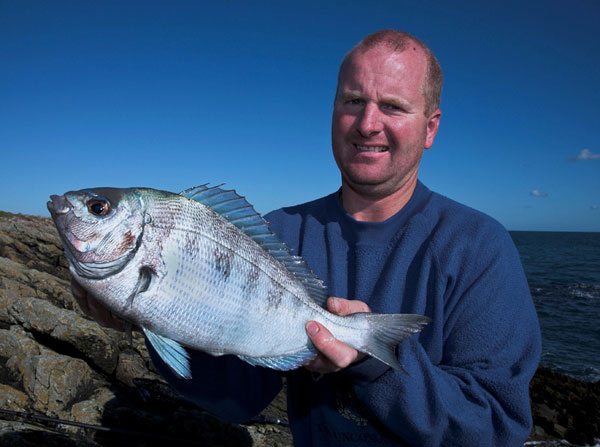