Daiwa’s flagship 7HT MAG ST beach reel is here. Arguably the most audacious and acutely engineered casting reel to date, it pushes previous boundaries and takes an almighty leap towards the Holy Grail that is mechanical perfection. As Steve Souter explains, it’s all a matter of better balance and simple kinetics!

Ahead of the brand new Daiwa 7HT MAG ST reel’s UK launch the various Internet forums absolutely buzzed with speculative talk of just how good or otherwise the SUPER TUNED incarnation could be. Teasingly unveiled for the first time in Sea Angler Magazine’s recent WHAT GEAR guide, and reviewed this month by Mel Russ, what has really got tongues wagging – other than the price tag that is – is the claim that spool and frame tolerances have been improved by a whopping 400%. That is to suggest that casting tolerances are instantly four times more precise, and four times more efficient compared to the blue 7HT MAG reel… a damn fine reel in its own right. 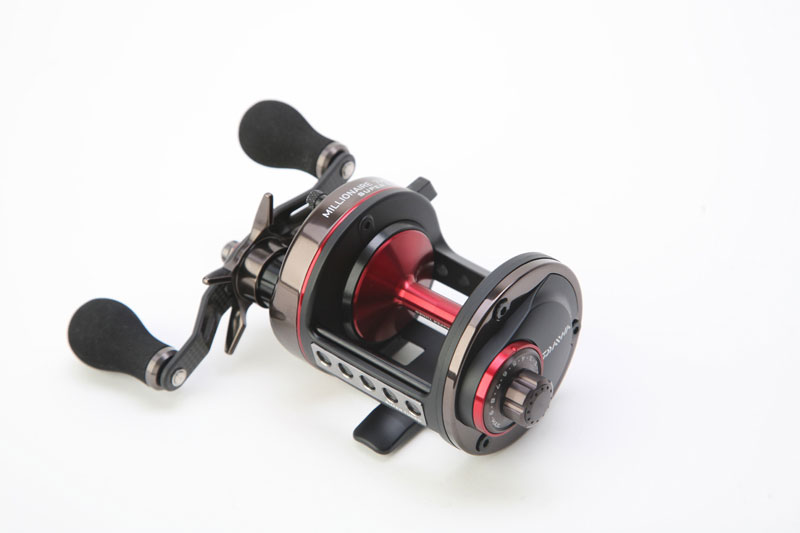 Most that have set eyes on it agree that the ST reel with stunning gunmetal and red livery looks the part, but some fierce debate rages over whether the reel can deliver on bold promises. How the intelligent Magnofuge braking system is configured has been covered previously, suffice to say that the ST’s magnetic brake has been further tweaked and lets move on. Because, I want to poke right at the real meat of the debate, discussing the topic of ramped up tolerances… What do they mean? How do they manifest? And most importantly, how do they boost performance? 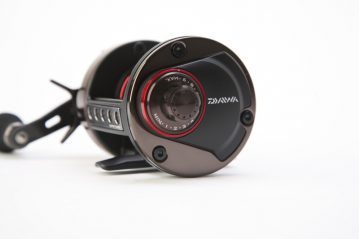 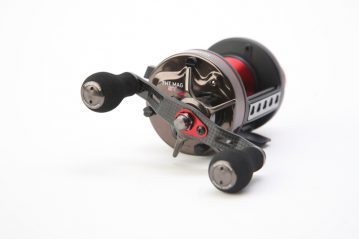 During casting the spool ‘tracks’ not only centrally in shedding line, but on up, down and sideways planes to largely indeterminate degrees. And if the spool is unbalanced for reasons of imperfect design or even poor line-lay, then the problem is further compounded. Most of the time in-built poor tracking detrimentally impacts on achievable performance and ultimately retards casting distance across all ability levels. The fact is that if standard spool rotation even on highly tuned performance multiplier reels could be viewed in ultra slow motion, it would appear as rough and rattling as an upended bag of old spanners.

If the spool, the supporting frame and spindle housings can be engineered to restrict the amount of rough play then the spool will run centrally truer, with enhanced performance the result. The kinetic envelope is the parameter in which the captive spool can shift during casting. Imprecise parameters symptomatic of too slack a spool and perhaps a noticeable gap between the spool edges and the frame for example, make for a large and unpredictable kinetic envelope, while precise tolerances construct a tighter envelope and anchor spool stability. Until the 7HT MAG ST no one has truly come near to resolving the issue of close tolerances and kinetic management. 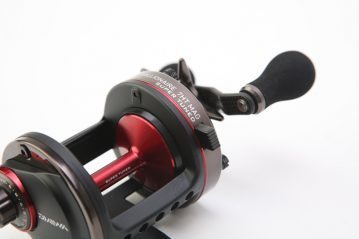 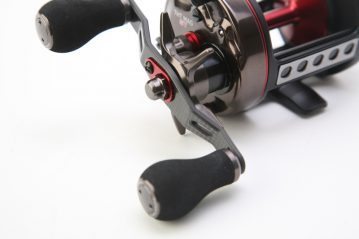 Spool vibration is a further great big nasty with the evil power to throw reel kinetics right out of kilter, and rumbling noise is the first telltale that all is not well. Good spool balance is vital to minimise and manage inherent free-spool vibration in any reel. Serious casters have long known the performance advantages of careful spool balance, and in much the same way that the wheels on a car require little nudges of additional weight to correctly align balance, considerable care is taken to ensure the first 30 metres or so of line is strategically humped on the spool to enable it to run as true as possible.

Such a third party hack was a time consuming necessity when squeezing the best possible performance from a casting reel… until now. The reengineered ST spool is lighter than that of the Blue 7HT MAG, as well as being more precisely cut and sited to all but eliminate spool vibration and provide excellent balance, without any real need to mess about creating little lumpy hillocks of line in the early stages of spooling. And, of course, a nine-strong battery of high quality bearings play a not inconsiderable part in the whole ‘smooth’ process too. 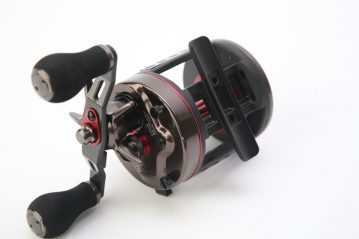 While other companies are widely blowing dust off cranky reel designs from last century, Daiwa have dared to push the technical boundaries in pursuit of perfection and ultimately better casting/fishing performance for sea anglers of all abilities. The resulting 7HT MAG ST is a special reel… an inspired engineering ideal made mechanical flesh. Do reels come any better than this? That’s a matter for you to decide, and I am sure there will be lots said and written on the subject in the coming months.

How To Tie The Snell Knot