The thick-lipped mullet can grow to about 80 cm and attain a weight of around 6 kg.

It is a summer migrating species which can be found in the coastal waters around the UK, France, and Spain and down the Mediterranean and North West Africa. It is commonly found in harbours, estuaries and other inshore water.

A wide range of baits can be used for this mullet depending upon the locality. Bread in particular is widely used but small fish baits and ragworm can also be effective. Maggots, sweetcorn and other freshwater type baits have landed mullet. They respond well to groundbaiting.

The mullet can be taken by fly fishing particularly when feeding on the maggots of seaweed flies. 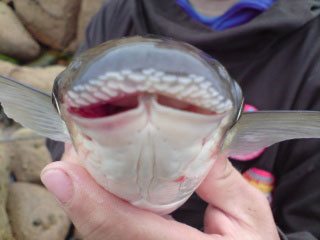