Fresh from the World Shore Championships, Iain Graham reports on some fantastic fishing, match tactics, the eventual winners and what might have been.

This was the first time an African nation had hosted the CIPS World Shore Championships. Pre-event promises of fishing of a calibre never before experienced at a world event stoked excited anticipation among the field of competitors. The Langebaan Country Estate was the accommodation for the event. An immaculate location, it was so five star as to be almost too upmarket for scruffy anglers… but not quite! The Scottish team’s plush apartment overlooked the golf course 1st tee complete with manicured gardens and water features. 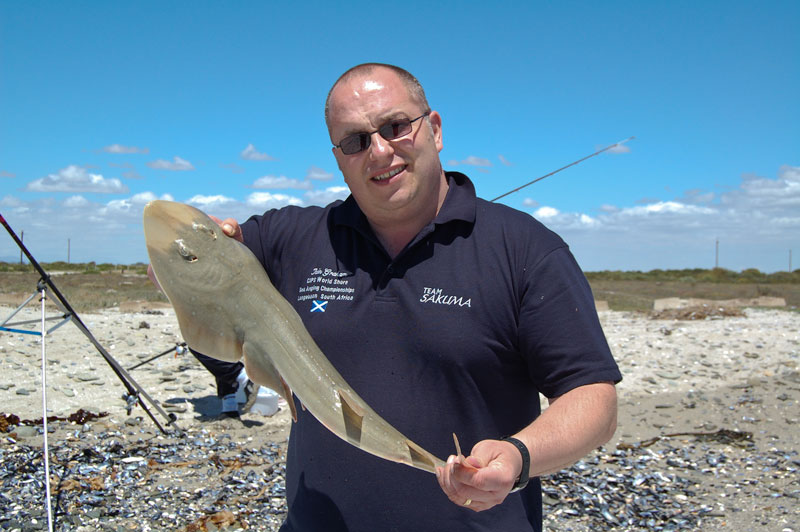 Some 16 countries were taking part in the men’s event, with a field of 11 nations in the Ladies championship. Most teams arrived early to practise on the venues and refine tackle and techniques. Ireland was the first team in attendance, jetting in some two weeks prior to the event start. The main species encountered were the round-nosed guitarfish – known locally as sand sharks or sandies. These gritty fish punched well above their weight in the modest depth of around one metre, and generally ranged between ½Kg and 4Kg. They also regularly tail-walked across the surface as they were reeled in. 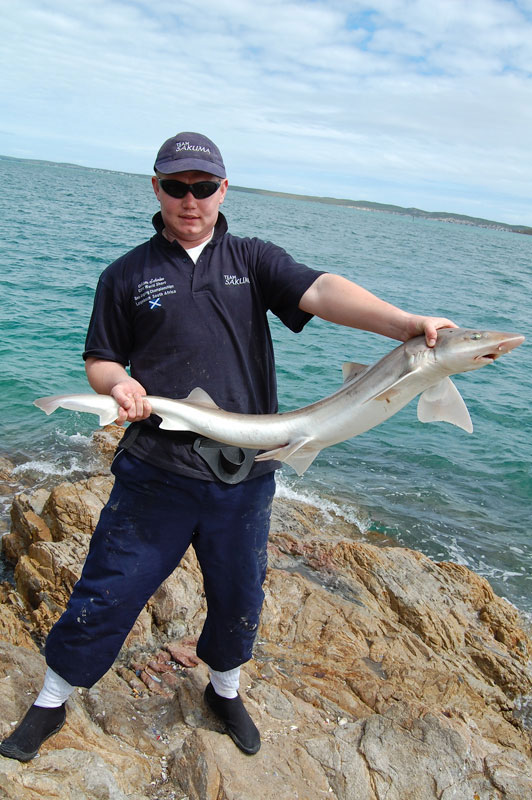 It quickly became clear that there were ‘bonus’ fish on all venues. These rogues were caught on an opportunist basis and could not be specifically fished for and guaranteed. Among the likely bonuses were big eagle rays to upwards of 20Kg – one of these could wipe out any individual zone performance in an instant writing off an individual’s merit. The spectacular looking blue ray was another of these unpredictables, along with odd hard-fighting smoothhound, which weighed up to 23Kg in practice.

Baits provided were 1Kg of sardine, 10 mullet and ½Kg of chokka, the local name for squid. The sardine and mullet was generally fished as a cutlet and bound to hooks as an appetising ‘mush’. However, when plenty of fish were showing the tougher mullet could be fished – filleted and sliced – just nicked in and out on of the bend of the hook. The chokka had to be heavily tenderised with a steak mallet to produce a soft sticky bait before being bound to the hooks, it was interesting to note how the consistency of the flesh changed, it’s something I’m sure a few of the UK anglers we will now be trying over here.

The opening ceremony started with a street parade through the Langebaan town complete with air display from the SA Air Force Silver Falcons. Large crowds lined the streets and there was a very heavy police presence. Once at the stage each nation in turn had their National Flags raised to their anthems followed by long speeches from many civil dignitaries and officials from the CIPS angling community, while the anglers baked in the South African heat dressed in our full National Team Blazers! An evening of traditional entertainment followed, with all 300 guests banging away in rhythm on the drums… an enjoyable din none the less.

All teams set off in convoy to Bluewater Bay under heavy police escort. All junctions were blocked and we sped through with blue lights flashing… it must have quite a sight for the local population. This very visible police presence was the norm for the duration of the championships.

Most teams had carried out their own prior practises had set game plans. With this in mind, we took the conscious decision to not work too hard and deliberately used the ‘wrong’ terminal tackle. The results on this day did not matter a jot, and it is generally regarded as a warm up for the organisers and all the event stewards. Most other countries did the very same thing.

Each match day was to be 4 hours long. The first men’s event was fished Soverby, targeting sandies at close to medium range. As the day progressed the inevitable happened and a few ‘bonus’ fish started to appear: some anglers took eagle rays in the 20Kg region. And this absolutely blew some competitor’s bags clean out the water despite having the same number of fish. This would become a common woeful affliction for most teams throughout the championships. Wales led day 1 with over 113Kg of fish, followed by South Africa and Ireland. 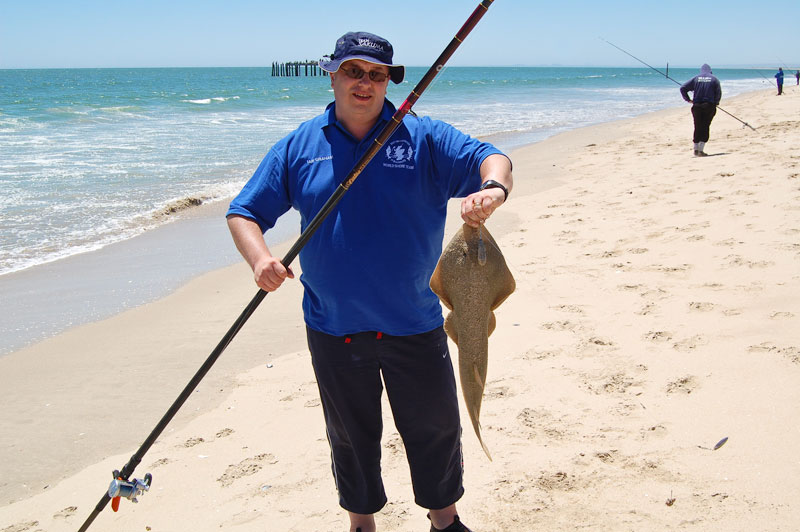 The second match was fished further south and the venue threw up literally thousands of fish. The men alone caught 2589 fish in just 4 hours… this was exactly the kind of fishing that had been promised in advance of the Championships and was something very special. Top individual in the men’s was Italy’s Lorenzo Secchiaroli who totalled 68 fish in for 65Kg.

The match pegs didn’t stretch along the entire venue however, and distinctive catch and zonal patterns could be read in the results. No big bonus fish were taken here to blow zones apart and distort individual performances. When the numbers were crunched it was Ireland moved into the lead, followed by Belgium then Italy. 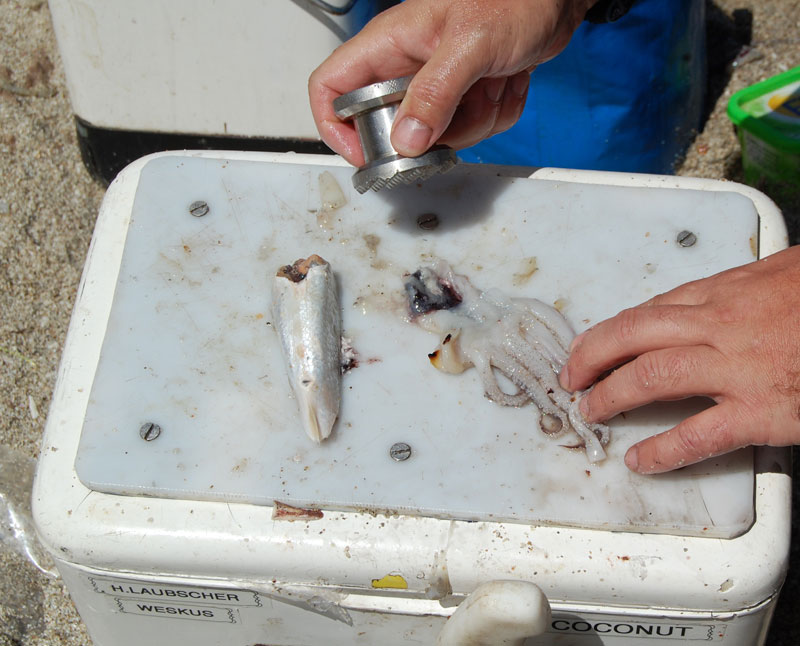 Memories of day two soon faded as the third day proved the expected stark contrast. We had fished here in practise and knew it to be devoid of fish, especially in the low numbered pegs. Many anglers in zones A, B and C failed to weigh. With four of the five team members’ scores counting each day, this meant numerous teams suffered the dreaded ‘mombakie’ – which is Afrikaans for a blank. Like the day before, no bonus fish taken in this match. Insult was added to injury on the walk back to the bus when we saw sandies sitting in the warm shallow waters of the oyster farm we had to walk around. Plucky Ireland still led with Germany and France behind them. Day 4 was to be decisive.

The match was moved forward a couple of hours, and after a very early start the men’s teams headed off to Soverby once again. Day one told us that the ‘bonus fish factor’ would once again have a part to play in the outcome. Sure enough each zone threw up a ray or two, with scores obliterated and final positions not decided until the last cast. Ireland held strong in all zones, further consolidating their overall position to take the team Gold medals. Italy secured Silver and Spain the Bronze. 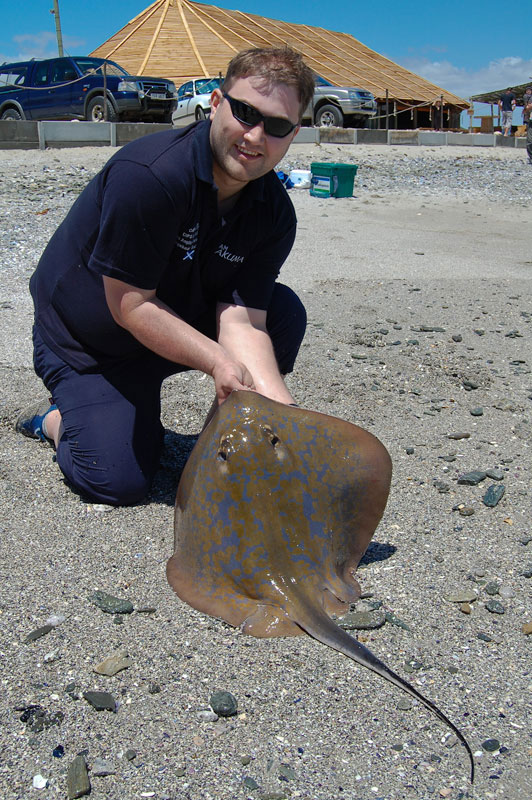 Several teams were left disappointed by their final standings, and there is no doubt that the dreaded mombakies on day 3 effectively killed off several strong medal challenges. Perhaps a better rub-of-the-green, a more fortunate stroke of luck on the bonus fish would have seen certain teams better off. But be that as it may, and in all fairness to Ireland, they arrived two weeks ahead of the event and prepared professionally to win by a considerable marg
in. So perhaps more time and effort in well considered practise was key. Putting hindsight aside though, all agreed that the superb Irish win was well earned and very well deserved.

The South African Shore Anglers Association delivered what they had promised, a memorable event with big fish. It is notable that the bait we were using, mainly sardines and mullet were bigger than the fish caught in previous years championships! South Africa hope to run this event again in 3 years time and there are sure to be long queues of interest for coveted international team places. 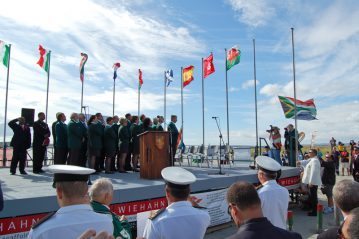 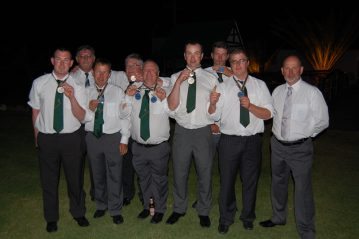 Individual men’s and women’s results in pdf format can be downloaded world-shore-individuals and the full team results world-shore-teams-overall.

The Welsh team would like thank main sponsor, Greys of Alnwick for their backing. Scotland wish to thank Sakuma for their excellent assistance.